3 Research Conclusions You Should Know About Divorce and Children 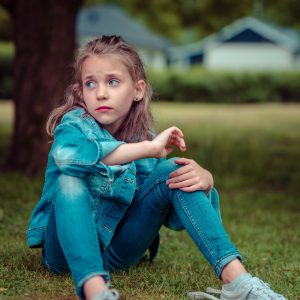 Here is the truth you need to put front and center in your brain now and forever:

Conflict between you and your spouse is poison for your child.

Years of research across multiple disciplines have found this to be indisputable. But while conflict is poisonous to children, that isn’t to say divorce is poison. We have known for a long time that divorce is difficult for children because the trauma of having a parent leave feeds the fear of parental abandonment.

It doesn’t matter how many times you tell your children you could never stop loving them; on some level, they very likely still believe it could happen, and that is just one of many years and emotional responses they may have.

Divorce has been legal in the United States since the country’s founding, but it wasn’t until the 1970s that anyone took on the massive task of investigating just how it affects families with children.

Clinical psychologists Judith Wallerstein and Joan Berlin Kelly published a study in 1980 after 9 years of studying 131 children of 60 divorced families in California. The results highlighted serious negative impacts on children.

Having opened Pandora’s box, Wallerstein continued her research, following up with each of the families in her original study. She and Sandra Blakeslee wrote several subsequent books about the effects of divorce on children. They explained that the said effects are not transient but long-lasting and profound, and they persist well into adulthood. They argued that telling divorcing and divorced parents not to fight is not nearly enough. What parents really need to do is put the needs and care of their children first and co-parent post-divorce.

Here are the three research conclusions you should know about from these studies:

1. 2 to 6-Year-Olds Were Terrified of Abandonment

Young children’s response to “fear of abandonment” can be expressed through attention-seeking, crying, thumb-sucking, and neglect of toilet training. It is also common for these children to have difficulty sleeping or unwilling to sleep alone. Often the youngest children are really the most fragile recipients of the negative impact of divorce.

They were resentful when deprived of opportunities they would have had if their parents had stayed together.

3. 11 to 12-Year-Olds Were More Easily Seduced Into “Street Behavior”

Street behavior is defined as engaging with drugs, alcohol, and delinquent behavior, and/or sexual promiscuity or this age group may have been forced into taking on the role of a parent, becoming overburdened by the additional responsibility.

Wallerstein continued her research into a 25-year study and published a final book, The Unexpected Legacy of Divorce, which concluded that it’s not divorce that endangers children the most, but the conflict between their parents.

Applying the Findings to Your Own Situation

If you are in a miserable marriage with a lot of fighting and you know the children have witnessed this, that doesn’t necessarily mean you should rush to divorce. It’s a decision that should not be made lightly as it comes with a lot of stress, emotional, upheaval, and financial strain. You must be certain of the underlying causes of trouble in the marriage.

Remember it’s not the divorce itself but the parental conflict that does the damage. If divorce is the best means of ending the conflict and enabling a healthier environment for the child, then divorce might be the best course of action. No matter what you do, think through the potential effects on the children.

For guidance, talk to a counselor to get the bottom of the issues and determine if divorce is the right course of action. And for more insight into dealing with divorce, check out my book 7 Secrets from the Divorce Whisperer: Savings Yourself, Your Money, and Your Children During Divorce.

Beware of Magical Thinking in Divorce